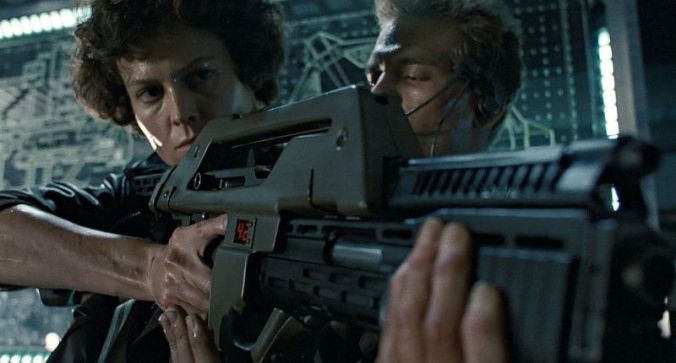 I can’t lie, Aliens is great and I will forever respect and enjoy it. On a technical level this film is brilliant, and visually it holds up even thirty years later. However, what I dislike is that it removes the original vision Ridley Scott created in 1979. Instead of Scott’s delicate and chilling approach, this sequel feels like James Cameron charging into the room shouting “BANG! BANG! MARINES! CHIN-UPS! EXCITEMENT!” which for me makes the film less interesting. Don’t get me wrong, this is a masterclass in action film making, but it lacks the substance of good sci fi horror.