I will always see this film as something of a resurrection, because before this film director and writer Neil Marshall was seen as something of a joke, having made Dog Soldiers just three years before. But then he made The Descent and proved that he’s capable of making a fantastic film on a relatively small budget. It is genuinely a really well made film that masters claustrophobic horror to the extreme. While most modern horror films are glossy Hollywood projects that are too clean, this film is gritty, it’s like dirt under your fingernails, yet strangely in a good way.

Without a doubt this is one of the best horror films of our time. Danny Boyle is a true artist and one of the best minds working in cinema, and this will always be one of his masterpieces. To call it a “zombie movie” as many tend to do does not do the film justice, because this is so much more than that. This is an intelligent piece of horror fiction with a beating heart, with character and substance, and most importantly it has a director who knows how to make a hauntingly beautiful film that is genuinely terrifying. 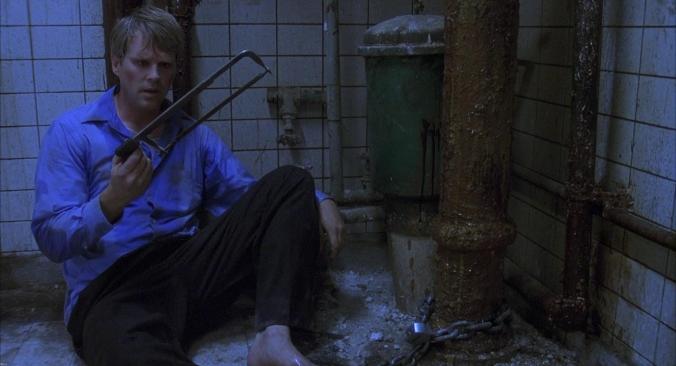 In comparison to the sequels this is the best of the worst, but it’s still a complete and utter mess. Not only are the acting and writing diabolical but the pacing is absurdly misjudged. It darts from tedious dialogue between people we don’t care about, to suddenly ramming exposition down our throats, before moving on to graphic violence that will please thirteen year olds staying up late at a sleepover. It’s unintelligent rubbish that feels like it was made by a film studies student, and co written by their weird friend who runs a graphic sexual fantasies page on Tumblr.

There is often the erroneous assumption made that I don’t like this film. However it’s not merely a case of me disliking it. I am overwhelmingly infuriated by its very existence. This badly made, tedious waste of time managed to influence a generation and completely change their definition of horror, thus they are now settling for cliché-ridden jump scare nonsense that isn’t actually scary. Sure it’s groundbreaking, in the sense that it helped lay the foundations of the steaming pile of shit that constitutes most modern horror cinema. If this film was a person I’d set its face on fire.

The general expectation for a horror film is that it’s going to be scary, correct? You can imagine my disappointment then, when the only reactions Oculus squeezed out of me were laughter during the main body of the film, and then a mixture of rolling my eyes and tutting on numerous occasions as plot details were revealed. It’s not only utter nonsense, but badly acted and unintelligent nonsense. If I’m honest I was actually rather angry upon finishing this film because it was a complete waste of time. Besides the ludicrous plot making me laugh, it has zero entertainment value.