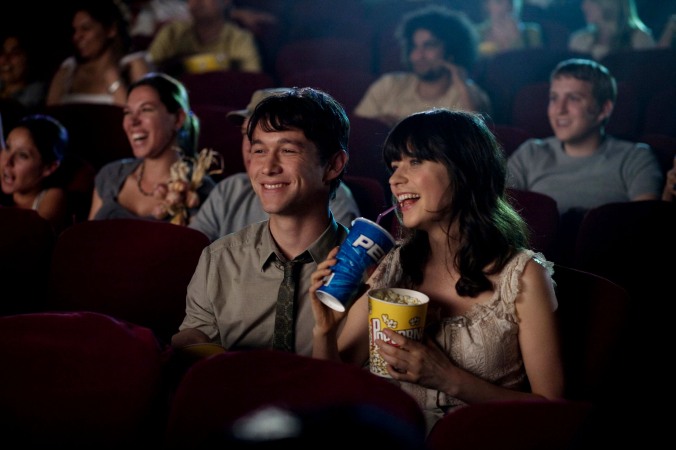 For some time now I have been thinking about why exactly I struggle to connect with modern additions to the romance genre. I haven’t been able to explain it in an adequate manner. However, I believe I finally know why I cannot connect with these films, and the main fault lies in the writing.

What I have often found with newer romance films is that I do not like the characters. They are meant to be people I can connect with and furthermore sympathise with when things go wrong, and yet they just annoy me. So the problem that comes from them annoying me is that I lose interest; I do not care about what happens to them. If they are unhappy then I’m not particularly bothered, it’s a fitting consequence of them being an annoying little shit. That may sound unreasonable but if the writers want me to engage in a film I need to do so in my own way without them telling who I like.

In the past I’ve written about romance films I didn’t like, and upon examining all of them it is evident that this rule applies.

The first example I should draw your attention to is the recent over hyped but underperforming schmaltzy pile of nonsense The Fault in our Stars. Now already I can hear the sound of people saying “oh you didn’t like it because you’re a boy” WRONG! My gender has absolutely nothing to do with it. I love romance, it’s one of my favourite genres and actually for me it’s one of the most important genres in cinema. The reason I didn’t like TFIOS is because it genuinely is a really bad film. A dull, self indulgent, appallingly written and poorly acted piece of cinema that had an excessive running time and characters that are beyond irritating. I don’t have any moral qualms with Hazel, she is a strong willed realist whom I think is an interesting character. But Augustus.

It is a shame that Hazel’s love interest has to be such an annoying arsehole. Not only is he a dull, arrogant and unfunny idiot who blames his disability for his failure in losing his virginity, but he also relies on this absurd little hipster metaphor in attempt to parallel his cancer with smoking cigarettes. He keeps a cigarette in his mouth without lighting it, allowing him to be arrogant of the fact he isn’t giving it the power to kill him, the same as if he sat in his car without turning the engine on and then claiming he’s not giving it the power to kill him in a collision. This is meant to be like his cancer, until you consider the multiple reasons as to why the metaphor does not work. Most notably because his cancer is out of his control and does eventually kill him (thus rendering the metaphor redundant) but also because smoking is a choice, cancer is not. It’s little quirks such as this, and his annoying habit of using Hazel’s first and middle name, that make me dislike him. As soon as this happens I start to lose interest in the character and so I become less engaged in the film.

This is not the only culprit however, I couldn’t possibly write about this topic without discussing a film I have slated on numerous occasions: 500 Days of Summer. In the past when I have discussed this film I made it quite clear that the main reason I didn’t like the film is the characters. I can’t stand the character of Tom because he’s an idiot for placing his happiness entirely in one person’s hands despite this person expressing clearly that they don’t  want a relationship, and on the other side of that coin I found Summer to be cringeworthingly annoying with her disorganised approach to life and ‘anything goes’ attitude. Together they were clearly dysfunctional and yet I’m meant to feel bad that things don’t work out? Absolutely not, it’s their own actions that lead to their unhappiness. They need to grow up, stop kidding themselves by hammering mismatched jigsaw pieces together, and accept they’re not meant to be. By the end of the film I don’t care if they’re happy or not, I don’t feel sad that they’re not together because it is glaringly obvious that they do not work as a couple, so the writer needs to stop attempting to make me feel bad for Tom.

I’m not trying to say that everything should be completely functional in a romance film, because obviously that would be boring and would indeed undermine my argument from a few weeks back. What I am instead suggesting is that I dislike it when romance is covertly dysfunctional, when it doesn’t have the courage to tell us that the characters are written for a certain audience and won’t be liked by everyone else. This my problem with TFIOS, the young couple are meant to be happy and I’m meant to feel pleased for them but it doesn’t work because Augustus is so bloody annoying. If the writers of the film stopped trying to make him seem like a nice guy and to make me like him and actually admitted how annoying he is then I would connect more with it. I would be able to accept his flaws there and then and continue developing an interest in the film. If they made it so he wasn’t such a flat surface, such a two dimensional character without depth, then I might find it easier. Hollywood writers need to stop trying to make my like their characters.

If you look back at some of the best writing in romantic films you can see that the characters are not perfect because they’re not meant to be, they reflect how people are in real life. We see every element of them, the good and the bad wrapped in a three dimensional package so we can make up our own minds without being forced to like or dislike them. But in these cases the writers aren’t trying to make them seem like decent people, they are showing us how people can be complete wankers or bitches beyond belief, and yet we can still connect with the film because they are giving us the truth, they are giving us every angle of realistic characters that could be real human beings.

Take for example one of my favourite films, Ruby Sparks written by Zoe Kazan, you’ve got a main character called Calvin who is very conflicted. At the beginning of the film he appears to be a very solemn person who is distant from those around him. He is rather lonely but what he really wants is a functioning relationship, and so we do somewhat feel sympathy for him because deep down every human wants to be loved. But then as the film progresses and we see him developing the ability to control Ruby just by writing down a statement on his typewriter we see a darker side to him. We begin to see how controlling and manipulative Calvin can be in the sense that he wants Ruby to be absolutely perfect for him and for her to meet his every desire. He wants to control who she sees, how often they see each other, how happy or sad she is, and it does turn the circle into a sphere and develop who he is. It does take a rather psychotic turn towards the end as we see his actions take a more serious turn, but he is still a character we connect with. Kazan was not trying to make us like him, she was showing what a human would do if they had this power and then leaves it for the audience to make up their own mind. It is as if she is saying “right, there’s both sides to him, you decide” and I actually feel that it is one of the most admirable scripts of recent years.

I’m about to sound like a stuck record with this next point but I couldn’t possibly be talking about characters in romance films that we’re not meant to like without mentioning the work of Woody Allen. It seems to be a recurring element in his work that we are presented with main characters we are not meant to like. With Annie Hall the character of Alvy is shown as his most neurotic self and Allen is clearly not trying to make us like him. Alvy is given to us as someone who has never quite gripped reality properly, who talks too much and ruins things in a relationship by making sex one of the most important elements, and yet we are in no way distant from the character. We see how Alvy is a tender person and he genuinely cares about Annie. One of the most hard hitting scenes of that film is when Alvy goes round to see Annie at three in the morning, long after they have broken up. She is in tears and yet he still goes round to listen to her and comfort her. It’s one of the most human moments you will ever find in film. It may be a surreal comedy that relies on the nonsensical and absurd, but Alvy is still a three dimensional character that the audience can engage with through developing their own opinion based on what they see.

This thread does run throughout Allen’s work, for example in Hannah and Her Sisters the main characters are not the most likable. It is made clear from the start that they are a conflicted bunch. Mickey is shown to be a hypochondriac who is annoying as hell with his constant health scare nonsense, and then Elliot is someone who is falling out of love with his wife and in love with his wife’s sister. They are not likable characters and Allen does not for one minute attempt to make us like them nor dislike, which makes the film more engaging because we are able to develop our own individual connection with the characters. We find other ways to connect with the characters without the need to try and fool us into thinking they are decent people. The same goes for the main character in Manhattan, a character whom is often looked upon with untrusting eyes due to the fact he is a middle aged man in a relationship with a young girl, who then falls for someone else, only to realise he still loves the girl and then has to attempt to win her back. He is not a likable character and it is clearly a dysfunctional romance film, but this is made clear from the outset and so we know where we stand. We’re not fooled into initially thinking everything is fine and these characters are nice people, to later find we were deceived. Allen is very good at writing characters that are incredibly annoying or just plain nasty and yet the films are still engaging and we are still somehow connected to the characters on screen.

Obviously it is quite a tough argument because I don’t think there is a set way romance films should be written. What I don’t like is having a character rammed down my throat and then being told to like or dislike them. I don’t want to be judged for not liking a romance film when the characters were so annoying they ruined it for me. I would much rather make my mind up for myself. In some cases I like the characters and the film is better in my opinion, in other cases the characters are more annoying as so the film doesn’t work. Either way I am still an open minded film fanatic and so I am more than willing to give every film a fair chance.

Unfortunately I am never going to see eye to eye with TFIOS, let’s just keep it that way.