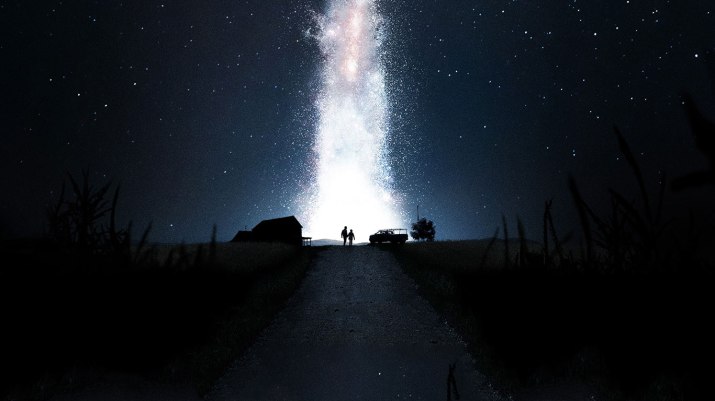 Regular readers of this blog will have no doubt seen one of my latest entries in which I listed the films that are yet to be released this year that I am most excited about. Among the list of many I managed to narrow down three that I am most excited for in the form of the Alan Turing biopic The Imitation Game, Paul Thomas Anderson’s newest piece Inherent Vice, and of course the latest motion picture of genius and personal favourite Christopher Nolan, Interstellar. I am nervous but intrigued by all three of those titles but none more so than the last one, Interstellar, because I think it means the most to me. To see the man that is essentially my favourite film maker of the modern age presenting the mainstream audience with a unashamedly bold science fiction film fills me with nothing less than excitement.

The most admirable characteristic of any Christopher Nolan film is that they are intelligent; they are films written by a man who assumes that cinema audiences are as clever as he is. Too many film makers today follow the rather ugly rule that the way to make a successful film is to treat the audience as if they are stupid, hence we see films such as Transformers charging through with awful sequels that all achieve box office success. Nolan battles against that. He makes films that are sharper than a Japanese blade and more tasking that making a key stage three pupil watch University Challenge for an afternoon, and that is nothing short of heroic. He takes what the mainstream audience expects from a film and turns it completely on its head, to present us with films like The Prestige that not only entertain viewers but also engage them in thought. His films are those that could best be described as equivocal, what you receive from the films is equal to what you put in to them. This is why a lot of people I know do not understand Inception because they went in to wanting to see an action film but what they got was an intelligent blockbuster that may have featured action sequences, but they were by no means the focus. So they went in with expectations that weren’t met and so they didn’t understand the film, which is a shame because they missed out on one of the most impressive pieces of film from our lifetime.

Even from the start of his career with the genius of Memento Nolan entered film history with a strong first blow and continued to deliver hits that were executed perfectly. Memento came out of nowhere and impressed film critics and movie fanatics worldwide and he has continued this success to make a legacy, which is why it is thrilling to see that he is making another film. With Inception Nolan showed us that he is more than capable of handling a film with a slight science fiction-esque spin on it, so to see him attempt a film that looks like an old fashioned science fiction epic is intriguing.

If you have not seen any of the trailers already then I would say do one of two things. One choice would be to watch all of them rigorously; watch the trailers over and over again so that you pick up on every little detail and become more and more engaged by them. Or two, don’t watch any of the trailers. I understand that sometimes watching trailers can ruin a film when it is eventually seen, I know for example it happened to a lot of people with Prometheus back in 2012, so I think it would be a wise move to suggest avoiding the trailers altogether and letting the film approach you as a complete surprise.

For those who have seen the trailers or do indeed plan to watch them you will know that the film is big. And what I mean by this is that it’s not the usual science fiction flick in which there are aliens or flashy pieces of futuristic technology, this film is about humans and our interaction with other worlds. It’s not just about men and women in outfits that are figure-hugging while they run around shooting green men, it’s about the future of our planet and what we as humans can do to help it. It once again is a convention changing film; science fiction films always assume the earth is something to be invaded by outsides as opposed to being something worth protecting by its inhabitants.

Now I realise that the title of this post is a bold statement and it probably made the older science fiction fans reading this gasp or choke on a drink or even laugh when they read it, but I stick by it. I think Interstellar has the potential to be a film that is close to the 1968 Stanley Kubrick classic 2001: A Space Odyssey. I’m not trying to say I think it will be better because in our lifetime I refuse to believe that is even possible, what I’m saying is that I think it will be on the same scale of film mastery. From initial footage that has been released it looks as though it is at least at the same end of the science fiction spectrum, moving away from the ‘bog standard’ side to being more of an epic scale piece of film.

The thing that made 2001 as incredible as it is was the idea of it, a science fiction film that focused on humans. It sounds silly, much like having an action film that focuses on a pacifist, but it not only made perfect sense; it made film history. The film essentially goes from the birth of mankind right up to our adventures in space and attempting to communicate with alien species, so the film is very much based around humans and the human spirit. It is a film about curiosity and the hunger for knowledge, from the humans venturing in to deep space to find more life, right the way back even to the apes at the beginning of the film who are confused by the monolith, they still wanted some form of answer. That’s what Interstellar is about, albeit in a rather tangential manner.

From the looks of it Interstellar is still going to be a film about answers, just different answers. Where 2001 was looking for where humans were from, Interstellar appears to be looking more at where humans are going. It’s addressing issues such as our over-consumption of the world’s resources and our ever growing population, using fossil fuels, our treatment of the earth and such but it’s not approaching it in a childish 2012 or The Day After Tomorrow sort of approach, nothing quite as juvenile, it instead appears to be looking at those issues in more of a Gandhi approach. What I mean by this is the idea of an eye for an eye; as humans we are the ones who have damaged the earth so we should be the ones to deal with the problems of such actions.

Also with 2001 there was a very big focus on humans and on character. The frightening element of the film for audiences at the time was the computer, HAL, because it was simple and human-like. For a film with a U certificate it’s odd to see a character that is so sinister as a talking computer, but this accompanied the humans very nicely because it showed how they still had fear, and they had layers to them to show how complex the human condition is. With Interstellar it clearly has the Christopher Nolan approach. Nolan has always been very good with family relationships, as we’ve seen in Inception, The Prestige and even with the Dark Knight trilogy the strong family bonds do seep through the screenplay, but that is where the strength is: in the screenplay. The trailer already shows us footage of the family talking, with conversations such as why the child is named Murphy and how this links to the theory of Murphy’s law etcetera so it is clear that humans are a huge focus for the film and the screenplay is going to be one of the best weapons in Nolan’s arsenal.

Just like with the majority of Nolan’s past work we are seeing him pair up with cinematographer Wally Pfister to make the film, and already we are seeing some shots in the trailers that are very impressive. The film is going to be a visual treat for any science fiction fan, much like 2001 still is today. There’s something very daunting about seeing a small space ship floating off in the vast and unknown territory of space, and that is why the film looks big to me. When I say it looks big I mean it is of epic proportions, it is about a journey, it is about discovery and will be a challenging watch. I remember sitting down to watch 2001 at the age of sixteen and people such as my father had said one thing to me before it started: good luck. They wished me luck because they knew it was a difficult film to get through and I might not have understood it all after one viewing. I thoroughly enjoyed it first time and have enjoyed it again since but from what we have seen of the film and our preexisting knowledge of Nolan as a film maker it is clear to see that Interstellar will be much the same, a film that has to have your undivided attention.

I guess what I was really trying to say with the title of this post was more that I hope Interstellar will be a film that can walk in the footsteps of 2001 because it will no doubt be another stroke from the paintbrush of a genius. Nolan is an extremely talented man who has a great eye for film as both a director and a screenplay writer, and I hope that this will be another chance for him to make his mark on cinema history but in a bigger way. Inception was the perfect way for him to show us his capability of making an intelligent mainstream blockbuster, but it will take something bigger than that to really put his footprint on the moon so to speak. I think Interstellar could be that film, and I hope it is.

I will of course be posting a review and analysis of the film once I have seen it, with just about two months to go it’s safe to say I am counting down the days. Until that time I intend to watch 2001 again with a completely open mind to see if I get anything new from it like the previous times watching it. If anyone is reading this not knowing what I’m talking about because they haven’t seen 2001 then I would thoroughly recommend watching it at least once. Much like when film critic Mark Kermode suggested going to see There Will Be Blood in cinemas after booking all of the seats around yours to ensure there are no distractions in the perimeter, I suggest watching 2001 in the dark with the sound turned up and nothing around you to distract you. I know it sounds like advice for listening to a Pink Floyd album for the first time but trust me it will work.

So the only thing left to say really is hope you have enjoyed this post, if you even managed to make it this far, thank you. And if you have any thoughts on the matter then please do not hesitate to leave a comment, I welcome whatever you have to say be it bad or good, and I promise to respond to any comments left in due course.

Until the next time I shall simply leave you with my favourite quote from Interstellar (so far) taken from one of the trailer released recently: